Voltaic Cell is primarily used to produce Electrical energy through chemical reactions. It is also called Galvanic Cell. This post will discuss in detail about what is Voltaic Cell or Galvanic Cell, it’s construction and types, how it works, applications and advantages.

What is Voltaic Cell or Galvanic Cell

Voltaic Cell (Galvanic Cell) is an electrochemical cell which derives electrical energy from spontaneous redox reactions occurring in the cell. The energy is harnessed by separating the reactants from direct contact with each other while ensuring a channel for the Electrons to flow through them. 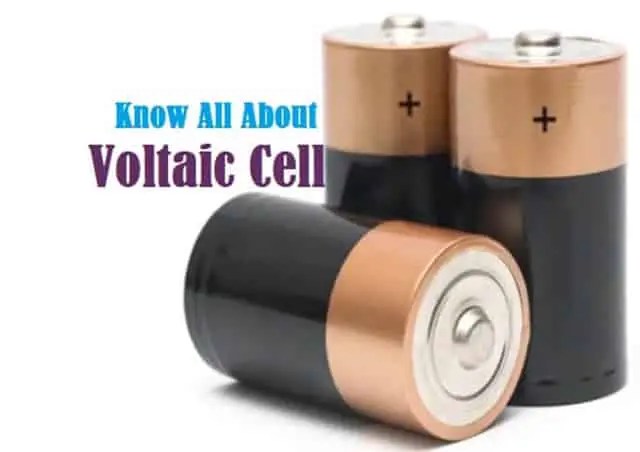 The Voltaic Cell was named after its inventor, the famous Italian physicist, Alessandro Volta, in 1799. Based on Luigi Galvani’s phenomenon of Electrochemical change, he invented “The Voltaic Pile” that is classic Voltaic Cell, which was the first Electrical Battery that could consistently supply an electric current to a circuit. Earlier these cells were used to study the Thermodynamic properties of fused salts.

The complete Voltaic Cell consists of two half-cells, normally joined by a semi-permeable membrane or a salt bridge which prevents the ions of the more noble metal from plating out at the other electrode. The electrodes are first immersed in electrolyte solutions.

Then they are connected through an electrical load. It is an Electrochemical Cell with two conductive electrodes. An electrode is a solid electric conductor which supplies electric current into non-metallic solids, liquids or gases etc. 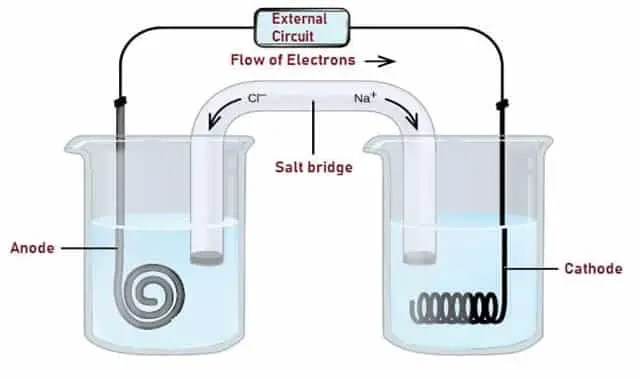 Half-cells are nothing but separate slots in which reduction and oxidation takes place. External circuit provides a pathway for the flow of Electrons as shown in the Fig. 3. If both the Electrodes are immersed in the same Electrolyte, then Salt bridge is not required.

They are basically of two types. They are:

A cell which acts as a source of electricity without being previously charged by an electrical current from an external source is called a Primary Cell. In this type of cell, electrical energy is obtained solely by the chemical reactivity as long as the active materials are present. The types of Primary Cell are:

A Dry Cell is a type of electric battery commonly used for electrical portable devices. It was invented by the German scientist Carl Gassner in 1886 after the invention of wet zinc-carbon batteries by the French engineer Georges Leclanché in 1866. A standard Dry Cell is made up of a zinc anode, which is usually a cylindrical pot, and a carbon cathode in the shape of a central rod. 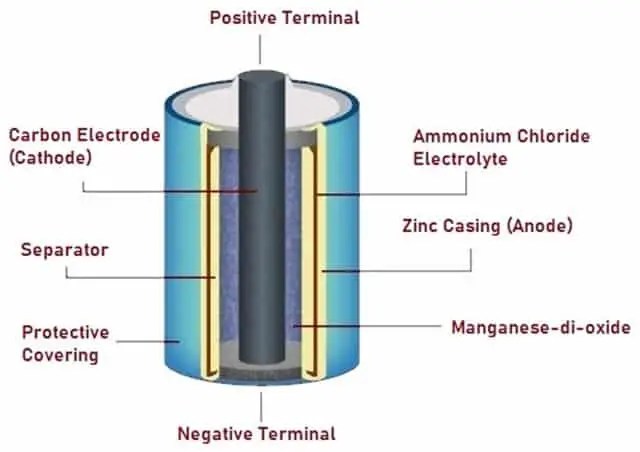 Mercury Cells cause a reaction between Mercuric Oxide and Zinc electrodes in an alkaline electrolyte to produce electricity. Mercury Cells are used as button cells for watches, hearing aids, cameras and calculators. 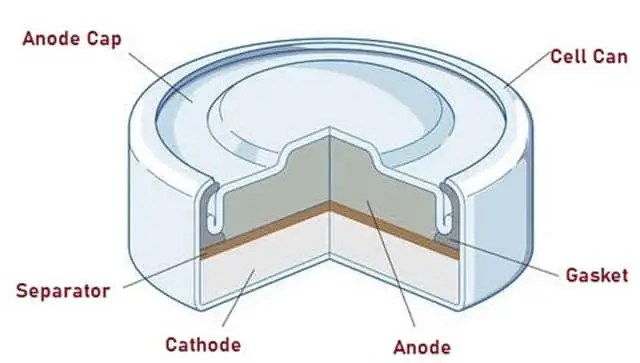 The Alkaline Cells receive their energy by causing a reaction between Zinc metal and Magnesium dioxide. Alkaline cells are named as such because they have an alkaline electrolyte of potassium hydroxide, unlike acidic electrolytes used in many other cells.

Alkaline Cells have the same voltage as dry cells, but have a higher energy density and are more long-lasting than dry cells. Alkaline cells are used MP3 or CD players, cameras, flashlights and toys.

Secondary Voltaic Cell (Electrical Battery) once used can be recharged by passing a current through it and it may, therefore, be used over and over again. Chemical changes take place when the cell is charged with electricity. These changes are reversed during discharge.

Secondary batteries are classified based on the material used to construct them. They are: 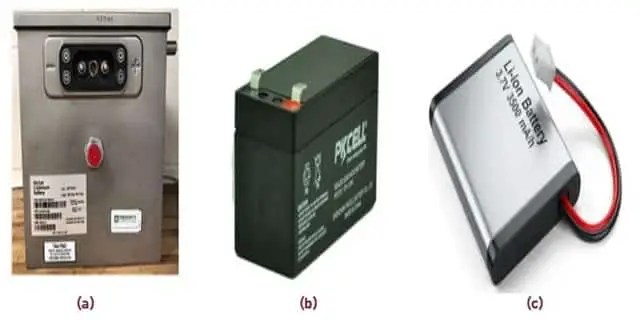 Nickel Oxide Hydroxide and Metallic Cadmium electrodes are used in this type of cells. Hence, it is also called NiCd or NiCad batteries.

While discharging, both the positive and the negative plates are converted to lead sulphate. The electrolyte loses most of its dissolved sulphuric acid and converts into water.

How does Voltaic Cell Work

If the Copper and Zinc electrodes are connected by an external electrical conductor, Zinc from the zinc electrode dissolves into the solution as Zn2+ ions (oxidation), releasing electrons which enter the external conductor. 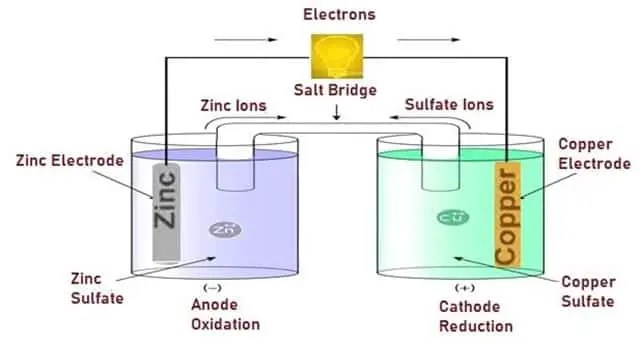 To catch up with the increased Zinc ion concentration, via the Salt bridge, Zinc ions leave and anions enter the Zinc half-cell. Inside the Copper half-cell, the Copper ions plate on the Copper electrode (reduction), take up electrons that leave the external conductor. The electrochemical reaction is:

At the time of the reaction, the Zinc electrode will be used and the metal will shrink in size, but the Copper electrode will become larger due to the deposited Cu that is being produced. To keep the charge flowing through the cell a salt bridge is required.

Without the salt bridge, the electrons produced at the anode will be deposited at the cathode and the reaction would stop. The electromotive force of the Voltaic cell is the difference of the half-cell potentials, a measure of the relative ease of dissolution of the two electrodes into the electrolyte.

What is power factor and why is it important?