Thermistor is a special type of resistor whose resistance depends on the temperature. This post will discuss in detail about what is Thermistor, its different types, how it works, various applications, advantages and disadvantages.

A Thermistor is a two terminal, solid-state electrical component whose resistance depends on temperature. “Thermal Resistors” are shortly called Thermistors. It is made of Metal Oxide Semiconductor and constructed in the shape of a bead, disk, or a cylinder and then encapsulated with material such as epoxy or glass. 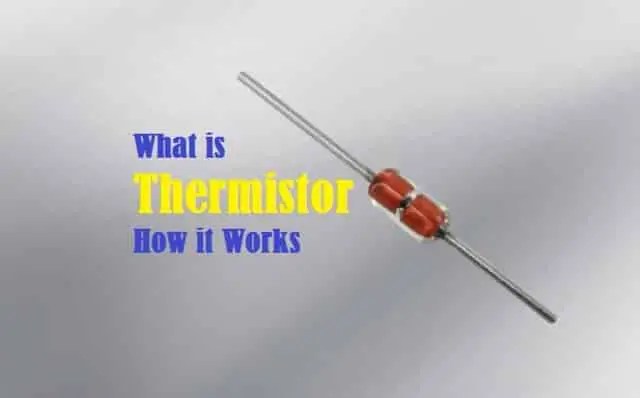 Thermistor was discovered by Michael Faraday, when during his experiments he noticed that the resistance of Silver Sulphide decreased as the temperature increased. Through this research, Samuel Ruben invented the first commercial Thermistor in 1930’s. It also called as Resistance Thermometer and hence they are widely used as Temperature Sensors.

There are two kinds of Thermistors namely:

This type of Thermistor is defined as a resistor that is thermally sensitive. Its resistance decreases in an exact and predictable manner as the core temperature increases over a temperature range.

The characteristic NTC curve as shown in the Fig. 3, shows that NTC Thermistors have a distinctly steep Resistance-Temperature slope when compared to Resistance Temperature Detectors (RTD).

NTC Thermistors are classified into two types based on the material used. They are:

The PTC Thermistor is defined as a thermally sensitive resistor. Its resistance increases substantially with temperature. They are often made of poly-crystalline ceramic materials.

PTC’s are very resistant in their original state so dopants are added to make them semi-conductive. Their transition temperature falls between 60°C and 120°C.

PTC Thermistors are categorized into groups according to the materials they are made of and their structure. They are: 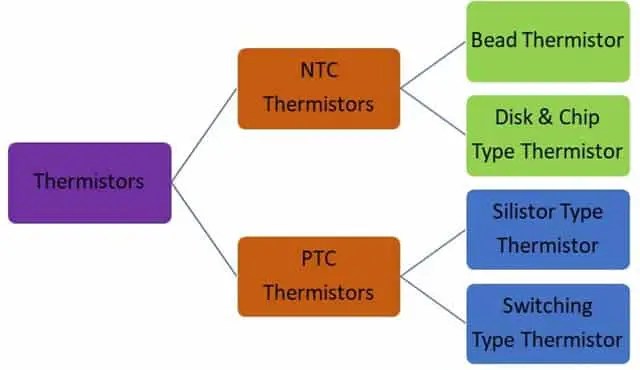 How does Thermistor Work

Let us understand working principle of Temperature Control System which uses Thermistor. The system consists of: 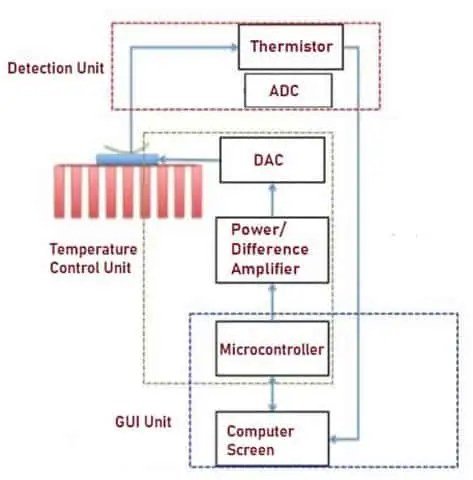 The 8-bit output of the Microcontroller is then converted back to Analog signal by DAC. This signal is then fed to Difference Amplifier/Power Amplifier to either increase or decrease the temperature of the system.

The GUI (Graphical User Interface) unit is designed for the end-user to communicate with the system. User can read the different settings of the system and can make the desired changes.

What is power factor and why is it important?