Rotors of an electrical machine are classified as:

(i) Salient pole rotors and

Both types are explained below. 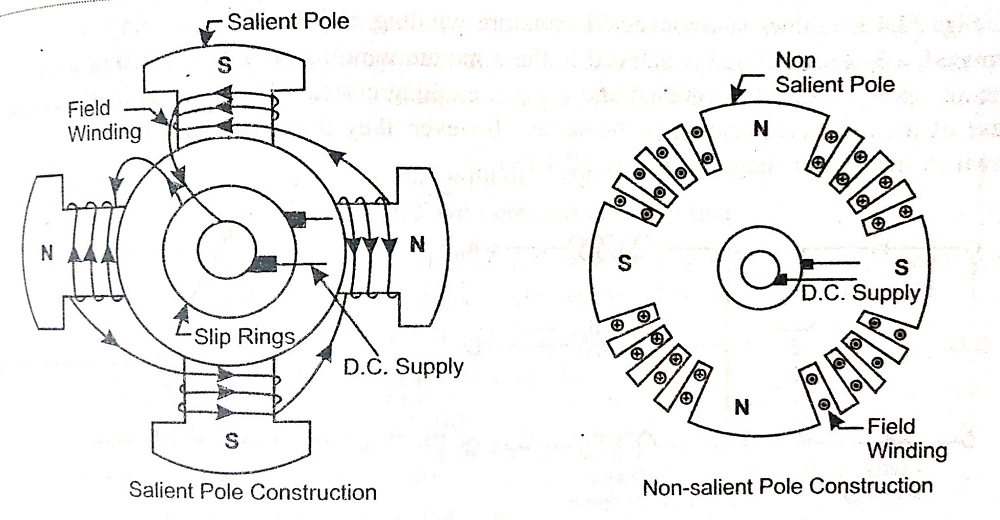 In salient pole type of rotor consist of large number of projected poles (salient poles) mounted on a magnetic wheel. Construction of a salient pole rotor is as shown in the figure at left. The projected poles are made up from laminations of steel. The rotor winding is provided on these poles and it is supported by pole shoes.